We took off early on a four hour drive north with Putu and made a few stops along the way. Turned out to be such an epic trip. The Bali countryside is gorgeous. So lush! Watermelons are in season, so is rice i guess. Wondering if rice is ever not in season. 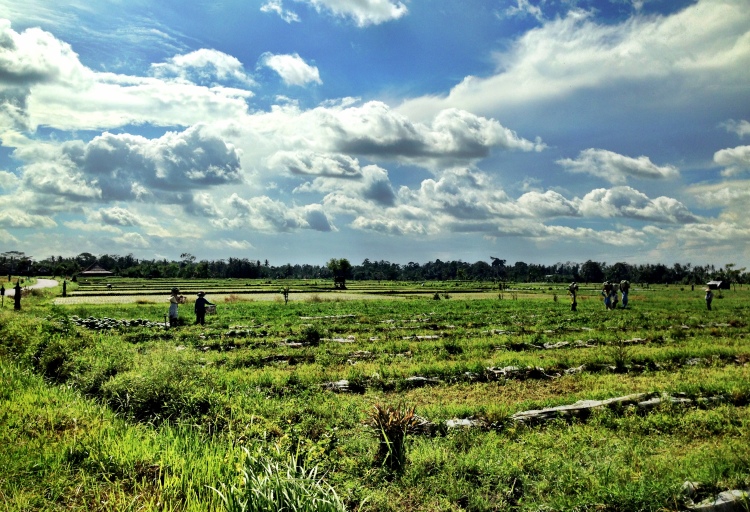 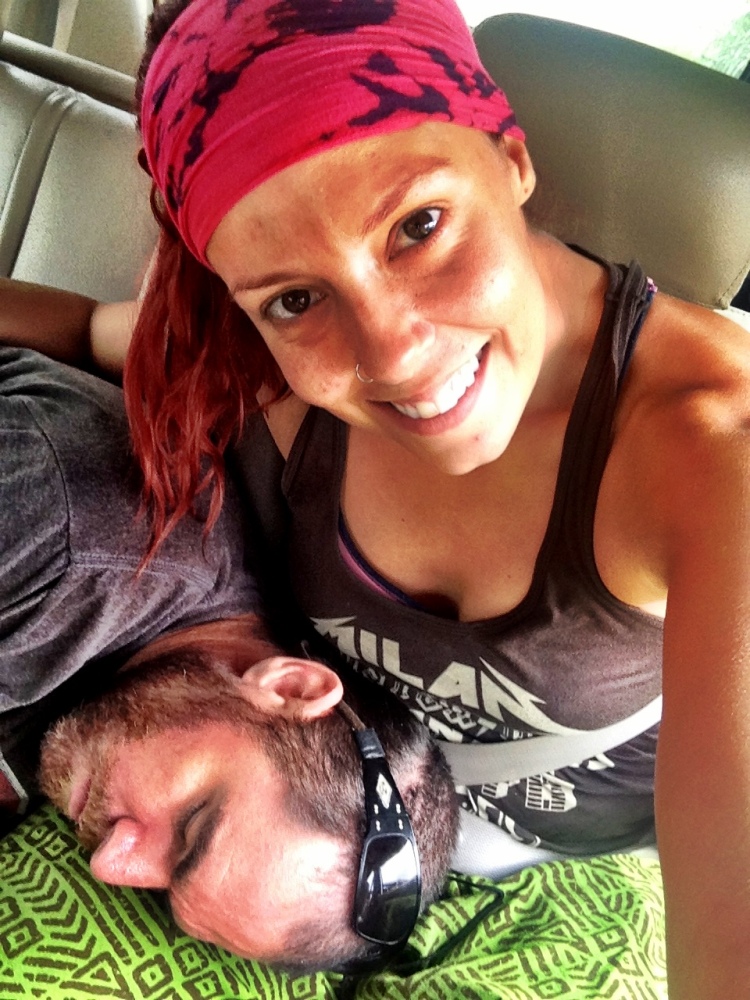 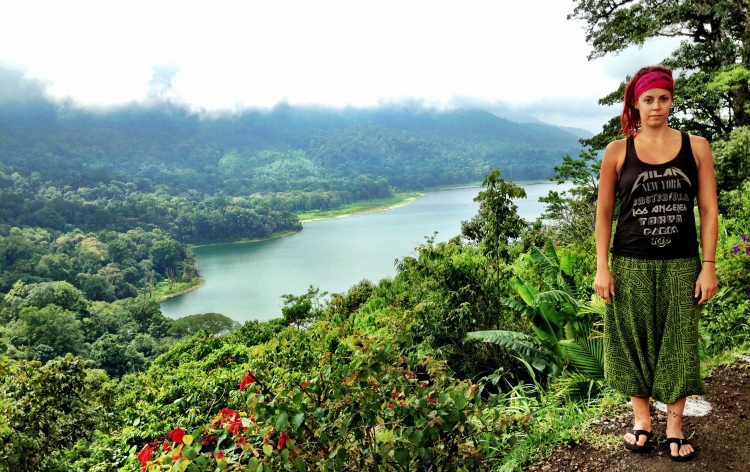 We got the surprised of a lifetime when we pulled over to take photos of the Twin Lakes below and happened upon a dude with bats, snakes, and lizards. He was charging tourists a few bucks to take pictures with them.

Holy shit I’ve never been so close to a bat before, let alone touch it and hold it. Their leathery wings felt delicate to me, even though I’m sure they’re super tough. The one I held was called Leyla. When she shifted on my waist, her little claws were scratching my ski and I could tell she just wanted to be back on her perch, sleeping upside down. I felt a little bit bad about messing with them during their sleep time, but I couldn’t miss this amazing opportunity. 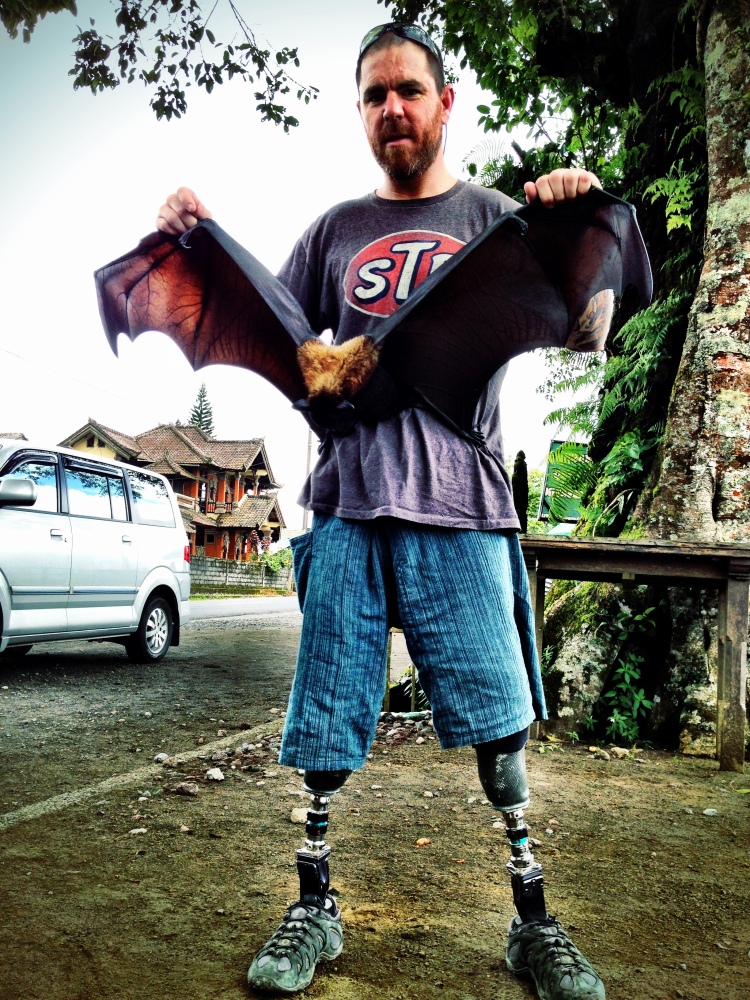 These fruit bats were huge! And surprisingly cute! Their little faces reminded us of our MIA dog at home.

And then he brought out the baby Burmese python. I was a little intimidated, that’s for sure. 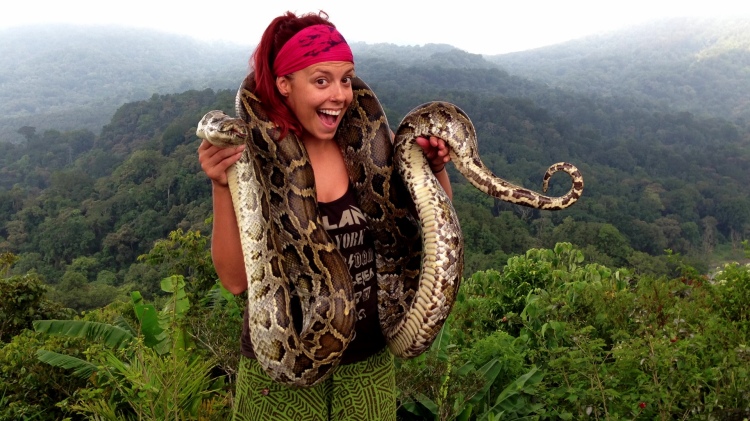 The lizards were cool too. We’ve become quite the animal tourists over here in south east Asia.

Next stop was a waterfall. By the way, I had no idea we were even stopping at all, so this was such an amazing surprise as well. Nick had to stay back at the car because it was about a quarter mile hike down into the jungle. He made a friend though, as he always does. Apparently they had a great conversation about the swastika and how it has been a symbol of peace and harmony for hundreds and hundreds of years before Hitler got a hold of it. Sadly, we had no idea until we began seeing it everywhere here in Asia.

Back to the waterfall. Oh my GOD, I am in love with waterfalls now. This particular one was very shallow all the way until the base. I felt so tiny next to it’s massive power. I could have stayed there all day. Brandon and I lucked out to have about 20 minutes without any other tourists crowding our shots! 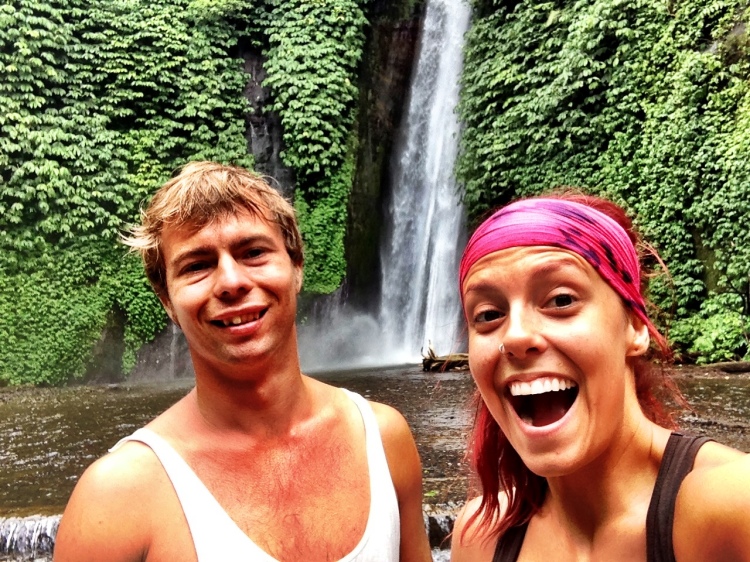 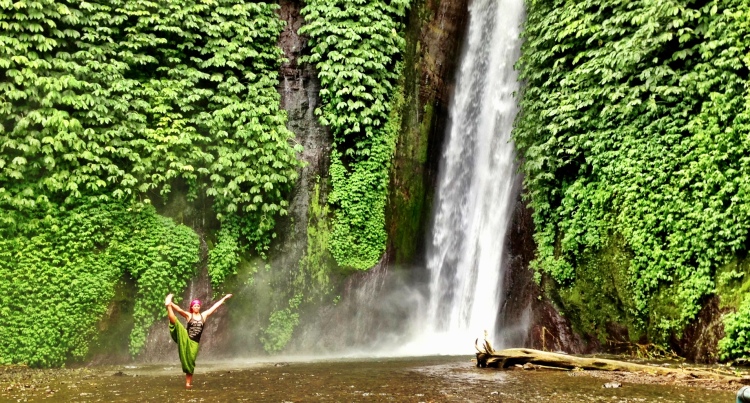 Once in the tiny town of Permuteran on the north west side of Bali, we settled into the first place we saw: Suka Sari. What a find! Thanks Putu for carrying Nick’s bags.

The bathroom! Outdoor shower, shaded by banana trees. Wow. We can’t wait to shit under the stars (if it’ll ever clear up). 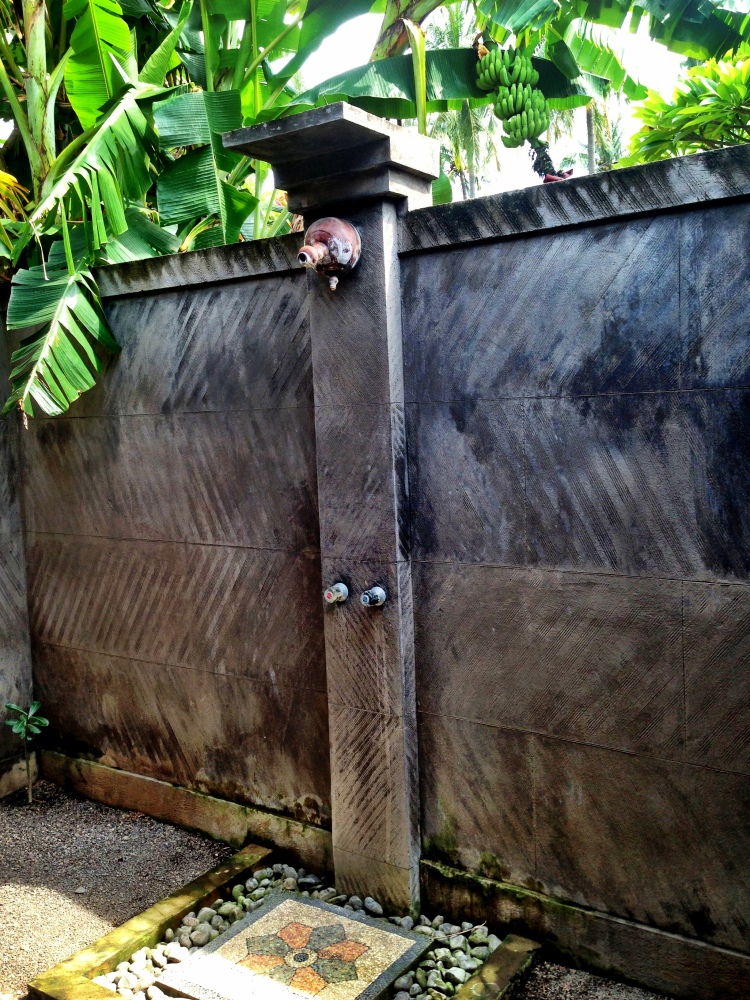 Other than all THAT amazingness, Nick’s 36th Birthday was fairly uneventful. Brandon got a bottle of Absolute vodka and we had the fresh catch of the day (Mahi Mahi) at our hotel restaurant while it rained outside. And by fresh, I mean fresh. This is the dude who caught it.

One thought on “Bali – Nick’s Bday traveling to Permuteran 27Jan14”